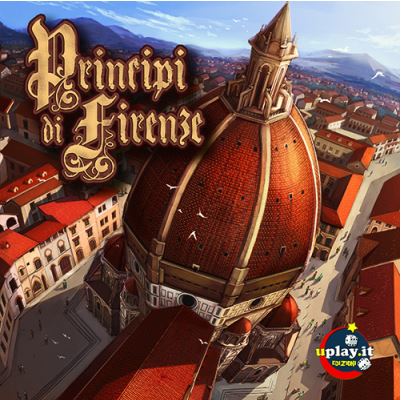 Relive the emotions of the famous strategy game by Kramer and Ulrich, now in a new limited deluxe edition with a renewed graphic design. As a Florentine nobleman, you will increase the prestige and fame of your family, becoming the patrons of the most talented artists of the Renaissance. 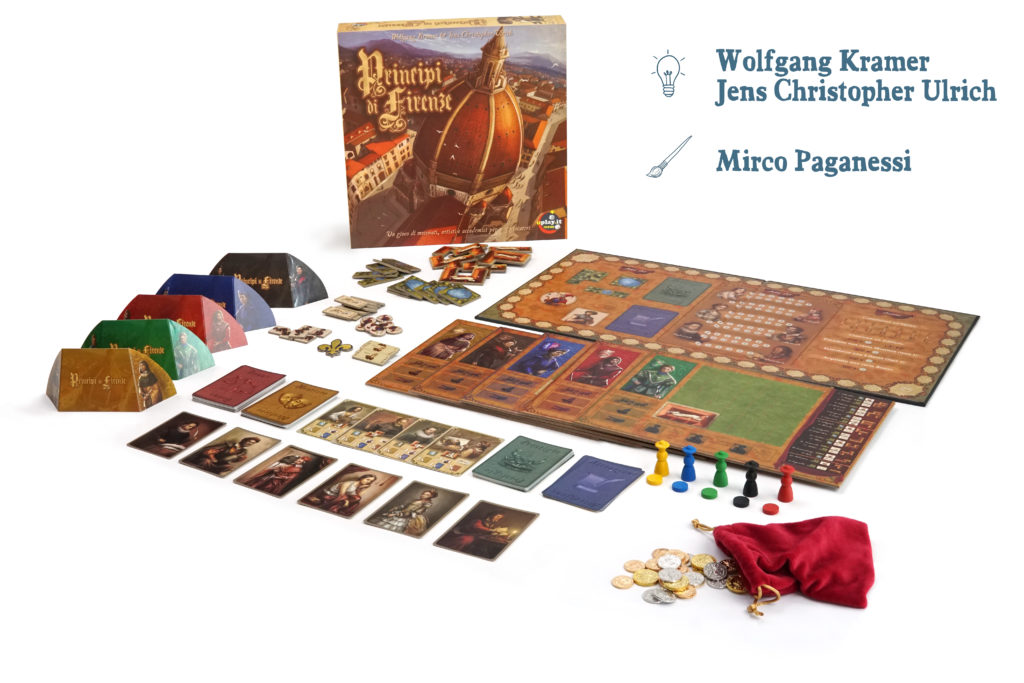 In this exclusive limited edition of the great classic by W. Kramer and R. Ulrich, you’ll relive the experience of the golden years of the Renaissance by assuming the leadership of one of the greatest Florentine aristocratic families. In the role of noble patrons, you’ll have to finance builders, artists and academics, so that their works bring fame and prestige to your family’s name. The more they are satisfied and surrounded by comfort, the more valuable the works you commission from them will be, the more your prestige will grow. But remember, the competition is high and only one will become the most prestigious prince of Florence!

Princes of Florence is a game for 2 to 5 players in the role of noble patrons, in which the winner will be whoever collects the most prestige over the course of the 7 game rounds.

There are many ways in which you can earn prestige points, but most of them will come from completing Works, that is, playing Craft cards. These cards are all different, each showing a profession (Astronomer, Mathematician, Poet, etc.) and the particular combination of buildings, landscapes and freedoms they would like in the principality: the more these preferences are met, the more value the completed Work will have. If the Work reaches the minimum value of the round, which increases more and more during the game, the Work can be completed and the player will get money and/or victory points according to the value of the Work.

Each round takes place in two phases:

– the Auction Phase, in which you must grab exactly one item, taking away the chance for others to get it.

– the Action Phase, in which you must carry out exactly two of the possible actions.

At the end of the 7 rounds, the player with the most prestige points will win.

This edition also includes two variants: the “Musa e Principessa” expansion module, which adds a second auction phase in which you will try to obtain favors from various characters (Banker, Merchant, Cardinal, etc.) and the “Cooperazione” variant, for lovers of negotiations, which will allow you to build on a common garden with your neighbors.

Everything in its place

Place the Theater tiles on top of the University, Hospital and Laboratory tiles. Add the Pawns and Discs and also the Screens.

Finally, the Scoreboard and Rules.