Get ready for a thrilling adventure! You’ll have to recover a legendary flying machine buried deep within an ancient deserted city. But you’ll need to coordinate with your teammates and use every resource available if you hope to survive the scorching heat and relentless sandstorm. Find the flying machine and escape before everyone becomes permanent artifacts of the forbidden desert! 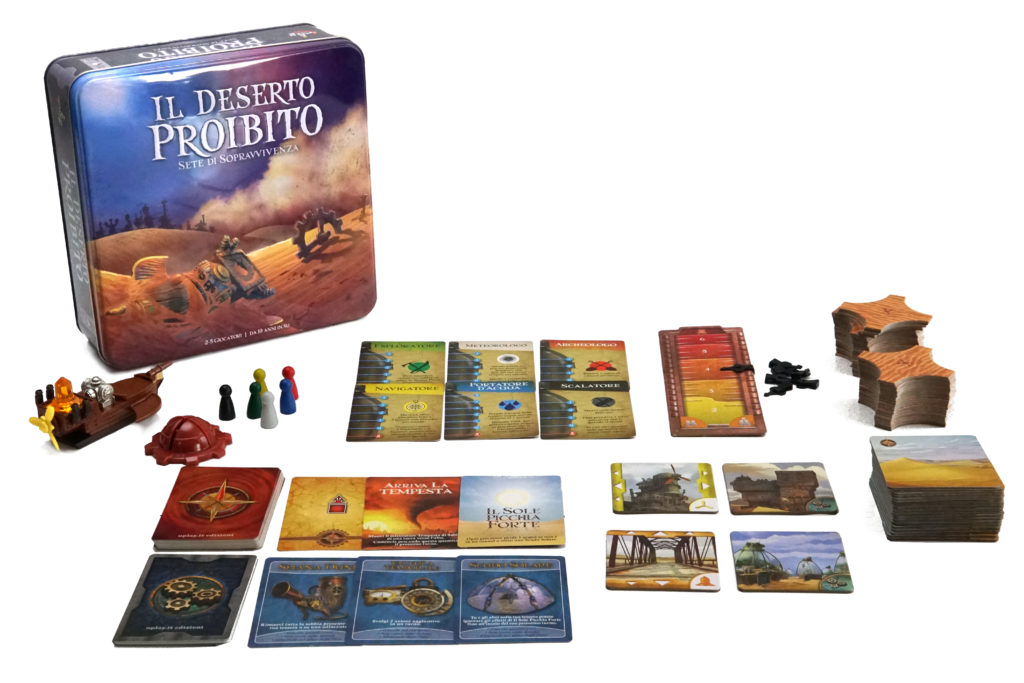 Il Deserto Proibito is the sequel to L’Isola Proibita in which players take on the role of brave adventurers struggling to recover a legendary flying machine buried deep in the ruins of an ancient desert city. Besides dealing with the search for the aircraft, they’ll also have to be careful about surviving the scorching heat and sandstorms.
While featuring a cooperative gameplay similar to Forbidden Island, Forbidden Desert is a new game based on an innovative set of mechanics such as an ever-changing dashboard, individual resource management and a unique method to locate the flying machine’s parts.